Learning About Art With Bk The Artist and Dads

We got to meet @BKTheArtist at The Compound gallery for a special #EarthDay event with dads while we learned about his art. It was definitely a Cool4Dads Certified Event.

Not only did we meet Brian Kirhagis aka BK The Artist, but we had the Compound Gallery in the Bronx section of NYC all to our selves as he gave us a REAL inside look at his bold and message filled art.

I have never been a great artist, my stick figures would probably get me shot lol. However; I will always have a love for ART especially street inspired art.

This time, I was able to get a little greedy and partnered with Compound Cares to learn and also bring a few dads with me. Kids were invited, but it was mostly for the dads. It was a way to enjoy art, learn about it together and just chill as FATHERS!

Here’s what we learned!

BK The Artist Always Has Story To Be Told

As we walked around the Compound Gallery it was really easy to get lost in all the great art BK The Artist had there. I was hooked on all the Hip-Hop inspired work, especially this Tupac piece and could have sat in that one room for hours.

Bk The Artist doesn’t just throw paint on a canvas and calls it a day. He tells a story with each piece and it’s always an educational one.

One showcase featured his EARTH Series (Everything Always Returns To Her) which really showed his style of painting. He used real vivid colors to get his point across and uses a technique he calls layering. This is when he layers pictures on top of each other by connecting pieces of the art together to form a larger picture.

He actually stood there and showed us how he made those connections. You don’t usually get access like this, being a dad has its perks.

Kids see things way differently than we do

My 6 year old loves to take things apart and rebuild them, he did the same thing with BK The Artist’s work. When you look at his artwork, you can’t just take a quick glimpse and keep it moving.

Since he tells a story with each piece, you really have to sit there and soak in your thoughts. This picture right here really caught my eyes and it also caught my son’s inquisitive eye.

What do you see here? That was the question Bk The Artist had for all the dads. We all had different answers but we all missed a few things.

One of the members of The Compound asked my son about this picture and he told her he saw kids breaking down the pillar to rebuild it with newer and better thoughts.

I would be lying if I said I saw that at 1st or even 2nd glimpse. It was crazy hearing him explain why it mattered and it made me proud. Art speaks to kids in ways we could never imagine. My son saw things I didn’t and was super proud to share them.

Don’t be a dream killer, support your kids

The greatest lesson I picked up on during our visit with BK The Artist was how important it was for dads to support their kids’ dreams.

His dad supported BK The Artist dreams but actually helped him level up by not sending him to school for art. Instead, he sent him to college to learn graphic design which he could use to incorporate his love of ART.

He didn’t kill his love of ART, he helped him see that there were other careers associated with it, opening his mind to even more possibilities.

It’s really easy to kill your children’s dream when you don’t have their vision! Real dads don’t kill dreams, they help them become a reality and figure out ways to do so.

Bk The Artist killed our meet and greet at the Compound Gallery.

He explained how he tells stories with his art, he proved to us that art is seen differently by different people and even showed us how parents can support dreams instead of killing them!

As embarrassing as it sounds, I never went to an art gallery and learned so much in my life in such a short amount of time. Bk The Artist gave us 2 hours of his life but the lessons, just like his art will never die!

The dads left there inspired and the kids that did come, left there knowing that Art is more than special. Being a dad has its perks and on this #EarthDay those perks were on full display!

Thank you to Leah of The Compound for hooking us up and thank you BK The Artist for giving us an inside look into your world.

To learn more about BK The Artist, check out his site HERE. He has been commissioned to create art for some of our favorite people like T.I., Dame Dash, and so many more.

To support The Compound, check out their site HERE. They are special and we all know the world needs special people in it! 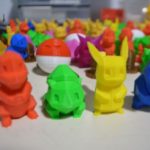 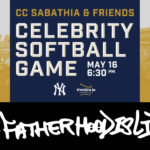