A night out with George Lopez

Need a date night? Goerge Lopez has your back!

Once you become a dad, there’s no denying that life changes.

You eventually stop doing the things you love because your priorities change. Fatherhood will have you fully focused on the future and some times, well most times you forget about having FUN the way you used too!

It’s easy to forget about ourselves while we make sure our kids are good! That’s just the way good parents do it but that doesn’t mean you shouldn’t have some time to yourself or with a significant other.

You know it feels really good to have a night without the kids, don’t lie!

We want to help you have a night off with someone special with a Cool4Dads Certified Event!

Whether you are married or dating someone, we want you to have a night full of laughter and the State Theatre of NJ is hooking the dads up! It’s your night to have fun, consider it a date night! Not sure you need one, read this, YOU DO!

September 21st, 2019, the world-famous, “The Wall World Tour” by George Lopez is coming to NJ and we have been invited to come through and represent.

The George Lopez Night Out Details

We are hooking up 3 DOPE DADS with a pair of tickets to the show!

That’s right we want you to have a date night, no kids, just you and a special someone while you laugh with George Lopez. He is a beast and you just never know what he will say!

Who: The dads and George Lopez

What they had to say: See actor and three-time Grammy® Award-nominated comedian George Lopez at The State for his new stand-up comedy tour, The Wall World Tour! The multi-faceted star, best known for his self-titled hit television sitcom George Lopez, has embarked on three solo stand-up tours, voiced animated characters for both film and television; and has written two books; an autobiography entitled Why You Crying? (2004) and a memoir, I’m Not Gonna Lie and Other Lies You Tell When You Turn 50 (2013). He has also produced and starred in several HBO specials including The Wall; Tall, Dark and Chicano; and America’s Mexican. 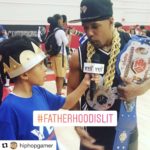 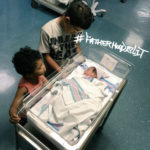