Can video games F**K your kids up w/ HipHopGamer

Will video games f**k your kids up?

That’s a question people have been arguing about since the early days of Atari 2600!

And I understand why! Too much time on video games can take a kid away from reading and doing school work that can enhance their mental abilities. We all want to be Dope Dads, so teaching instead of preaching goes a long way.

However; that doesn’t mean that video games are the worst thing possible when it comes to our kids.

They can actually add value to their lives and for this episode of the #FatherhoodIsLit Podcast, we explored that with my homie HipHopGamer.

HipHopGamer isn’t your regular video game player. He has turned his love of video games into a world-famous brand. He covers video games for Hot97, Vayner Media’s own one37pm and has built his own youtube channel and website into one of the hottest videogame channels the world has seen.

Video Games can turn into a real business

It all started with him making videos using an old PlayStation camera and a black sheet in his own home. He saw there was a gap that needed to be filled in the video game world and became the realest commentator on the planet.

HipHopGamer does that on a daily basis and tells us how he went from playing video games to becoming the number one brand personality in the world. He’s making bucks while living the life many gamers wish they could.

Learn how your kids can benefit from video games and more by listening below!

Remember to subscribe and rate the podcast on all major platforms like APPLE, SPOTIFY, and STITCHER to hook us Up!

To learn more about HipHopGamer: 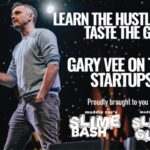 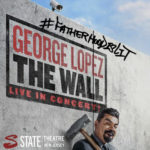