Got Sole: Attending A Trade Show With Your Kids

How can we use a trade show to educate our kids?

Towards the end of 2021, I noticed that there was a sneaker trade show called Got Sole happening in New Jersey and you know I had to take my oldest to it.

As many of you know, my oldest has taken on reselling and loves it!

We covered some of the lessons we learned together on episode 51 and episode 65.

I’m always looking for dope things to do and figured taking him to a trade show would be a great idea. I was right!

Why do a trade show?

When you think of a trade show you automatically think about sales. You envision a huge space full of people hustling and you’re right!

That’s how most trade shows are, they are hobbies based and sales happen left and right but not everyone that goes, goes for selling purposes.

Some people simply go to be around the things they love and the people that love them just like they do!

We did a show that was marketed as a hobby show called The World’s Greatest Hobby on Tour and had blast learning about trains.

We didn’t do any selling or buying, we went simply to enjoy trains and the collectors that go crazy for them.

This time around, we went to Got Sole to not only learn and be surrounded by like-minded people, but we also wanted to let my son level up on his reselling ways!

What we got at the Got Sole trade show

We decided to take my oldest to the Got Sole Trade Show to see what he was capable of doing when surrounded by others doing the same thing.

What we got instead was a reminder that our kids are built differently and that they know way more than they show us at times.

Some of the things I thought my son wouldn’t do well at, he excelled at like negotiating. Before going we set prices on some of his kicks and to be honest, I thought some of the people there would use their celebrity to lowball him on his prices.

I was right about that part, they tried but they also failed. All those lessons that I thought flew over my son’s head, he used to his advantage at the trade show.

He did way more than I expected he could! Shame on me for forgetting that he is the much better, much smarter version of myself. I designed him that way!

Hear more on Episode 95 below or on all major platforms like APPLE, SPOTIFY, and STITCHER. 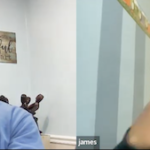