Learning About Breaking And Other Hip Hop Elements With Kids

Breaking is one of the elements of Hip Hop that this dad cannot do!!

I love Hip Hop and proudly work to push the culture forward but my breaking or even dancing skills are embarrassing!

Back in High School, I would lean on the wall when Hip Hop was played because I had no skills. All I could do was stand there and let a female grind on me, that was my go-to move lol.

Yeah, I was lame and still can’t dance, but that wasn’t stopping me from getting my kids breaking.

We recently attended a show called Beats, Rhymes and Breaking presented by Just Kidding at Symphony Space in NYC.

It was a dope show teaching kids about the elements of Hip Hop and it was definitely a Cool4Dads Certified Event.

For Just Kidding’s: Beats, Rhymes and Breaking we visited the Leonard Nimoy Thalia Theatre. It looks small but it seats about 168 people. Our show was sold out but it didn’t feel packed. It was comfortable, intimate and welcoming.

We got there 5 minutes before the show and sat in the front row. People always leave the front row opened and we love taking advantage of that. We didn’t break our necks to see the performers either and had first dibs on the stage once it opened up.

Swiss Chris and the NYC Dancers performed for about an hour and had the crowd involved since the beginning. They showcased Beat Boxing, Break Dancing and even had a live drummer doing it real big on stage.

The fun didn’t end after their performances either, WE got our chance to turn up right after them!

Breaking is for everybody

There’s no denying that Hip Hop used to be cultural movement. It started in the Bronx and primarily served the Black and Latino population. That’s the way it started, but that’s not the way it is today!

The Hip Hop culture is now one of the most acceptable cultures in the world and who can fault it. Just like Hip Hop, breaking is for everybody!

After the show, Swiss Chris and the NYC Dancers taught kids how breaking works. Kids from all walks of life and even social classes got on stage and represented. They were all different but the way they interacted you would have never known. 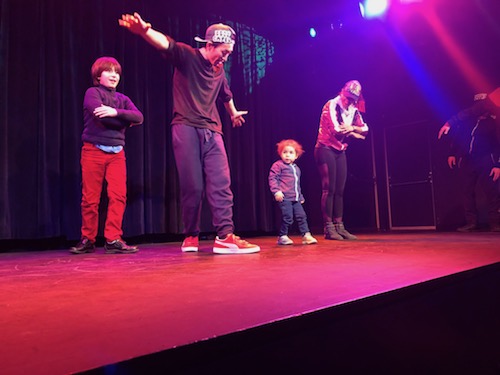 They taught them some of the more simple moves while the crowd cheered on for all the kids. After that, it was pure out breaking fun as all the kids were invited on stage to show the crowd what they had. Some even busted out #FortNite dances, my son included.

Learning about a culture without being forced 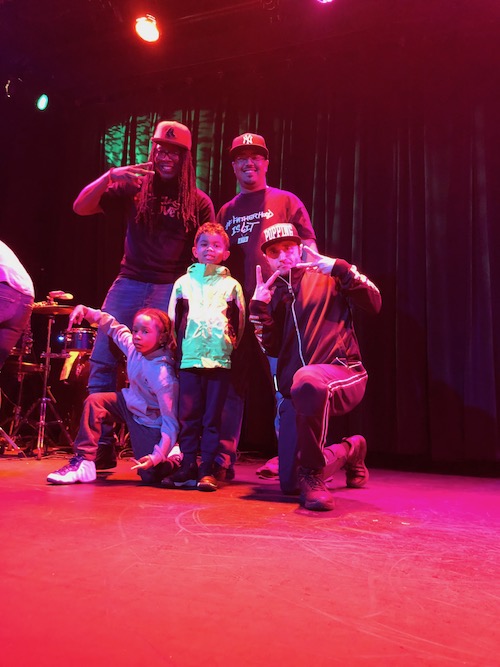 One of the reasons I took my son and 3 other dads with their kids to this event was because I wanted them to learn about the music I grew up loving.

All the dads that came with us grew up during the golden era of hip hop, the early ’80s but Hip Hop has changed so much since then. We even sometimes look at our kids like they are crazy due to the type of Hip Hop music they listen to. Let’s be honest it’s not the same!

But the way we look at them is the same way our parents looked at us!

Instead of bashing my kids for loving mumble rap, I try to teach them about the Hip Hop I grew up around. A show like this lets me show them where it all started without boring them to death or repeatedly saying, “in my days….” 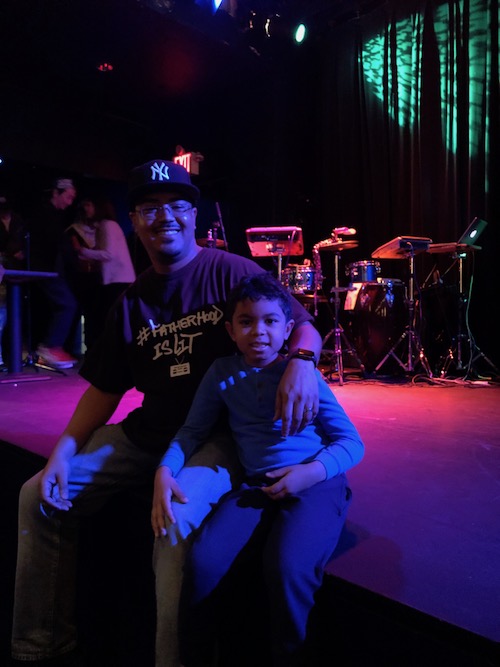 Kids at the Just Kidding: Beats Rhymes and Breaking show got a lesson about Hip Hop and its culture without being forced to learn about it. They learned by listening, watching and then eventually doing!

That’s the way I like it! It makes my job as a dad easier while still making sure whatever we do is still Cool4Dads!

If you are in NYC, I highly recommend you visit Symphony Space for its shows. They get it and host shows that a dad like me can actually enjoy with their kids.

Ever checked out a breaking or even Hip Hop show designed for kids? Let me know so we can check it out and let other DOPE DADS like YOU know. 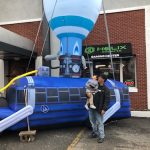 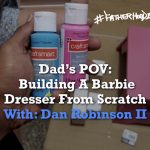