Doing a Video Game Tournament with your Kids. #FatherhoodIsLit

Growing up, having an Atari was a big deal, now video games have morphed into something even bigger with Video Game Tournaments.

My friends and I would run to each other’s houses to play video games but now kids play each other from different parts of the world with ease.

With the internet and the power of these newer video games, gaming has become a huge market! You think #FortNite is big? Check out the esports market, it makes #FortNite look like a baby.

Video game tournaments are everywhere and you know I had to take my kids to see what the fuss was about. So off we went to an NBA2K Tournament held by the folks over at Unanimous Games.

It was definitely a Cool4Dads certified event, here’s why!

A community of gamers all under one roof 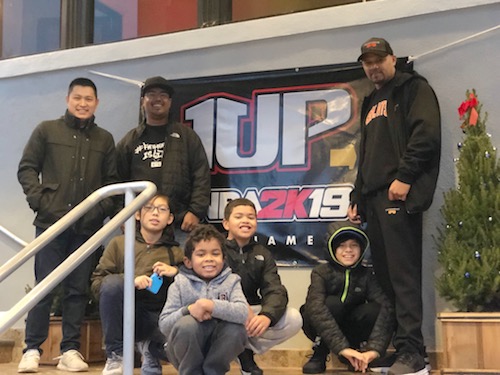 At 1st I wasn’t sure how my kids, especially my oldest would fit in. I thought a video game tournament, especially an NBA2K one, would be full of older gamers.

But once we walked in, my worries quickly disappeared.

There were people of all ages, sizes, ethnicities, social class, I mean anything that makes someone “different” than someone else, was represented. We even ran into our homie SwaggerDad and his family at the event.

Hardcore super fans and gamers were there not only playing with less inclined players like myself, but they were also making friends with everyone. There was a competitive vibe but everyone and I mean everyone was having fun playing video games with each other. There was no beef or animosity, even when someone lost, they smiled and kept it moving.

It’s not a game, there’s something for everyone 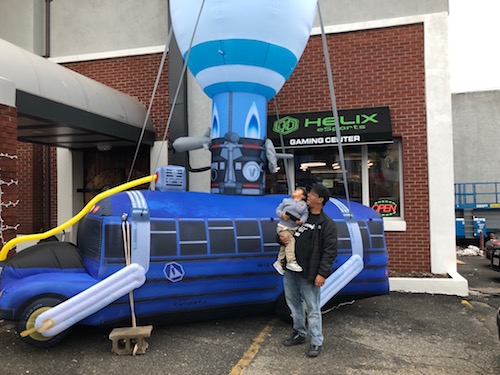 I lost my oldest the minute we got there. We weren’t part of the tournament, but they had stations set up all over the venue so people could play.

He made a mad dash to a line that was forming for 1v1 in NBA2K and we only saw him when he needed food or when we got a special invite to check out the rest of the facility.

My 6-year-old didn’t hesitate either, he saw an Oculus Rift setup and ran over to it leaving me with his 2-year-old brother. No one was paying attention to the virtual reality game, so he stood there for a good 45 minutes playing it. He even reviewed it HERE!

As for me, I’m a geek, so I ran downstairs after a while to check out the Helix Esports Center which had over 100 high-end gaming computers set up along with dozens of PlayStations, Xboxes and more. It was heaven.

We found a #FortNite battle bus and little man was open. There was really something for everybody.

See YouTubers in real life playing games, instead of on the screen! 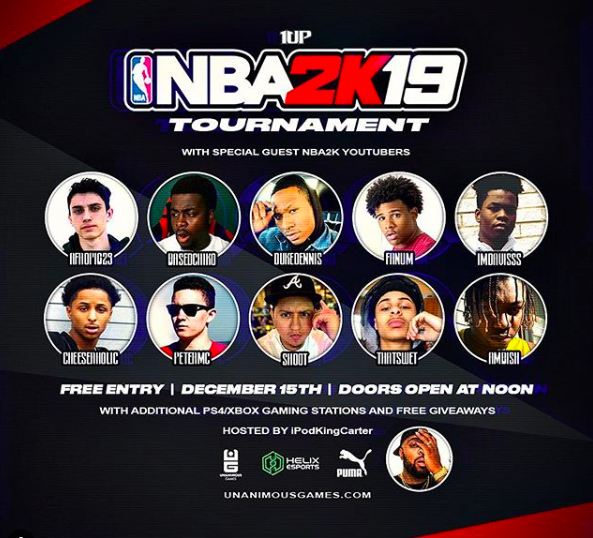 This NBA2K tournament was hosted by a guy named IPodKingCarter who has over 500k subscribers on youtube. I had absolutely no idea who he was and neither did my son but it didn’t matter. He was a youtube influencer and so were many of the players there. He held it down big time with his commentary and made us feel like we were at MSG watching a game of bball.

Instead of my kids watching them play on youtube, which I still don’t get, they got to meet them and watch them play in the real world.

My son met IPodKingCarter and told me, “dad he told me I should have joined the tournament, he would have been rooting for me!” Online these people are stars and sometimes our kids think they can’t be like them. By going to an event full of YouTube creators, my son could see that they were just like us, except they played videos games way better than dad.

My son and his friends left there inspired after meeting some of their favorite YouTubers in real life. Of course, my oldest asked me if I could host a Father/Child video game tournament, I might have to look into that.

When Azeem Khan 1st invited my family to this video game tournament, I quickly said yes, didn’t even hesitate.

I didn’t know any of the players, I didn’t want to join the tournament (next time we will,) but knew that my son loved video games. That’s all that mattered and I was down to try anything with them.

It didn’t fail us either. My son isn’t shy but knowing that the room was full of gamers of all levels was a huge plus. He got to see how down to earth some of his favorite YouTubers were despite having sometimes millions of followers. Everyone was comfortable being them and that’s the type of events I really love.

There’s always something for everyone at these events, I even saw people that came there just to spectate. They were screaming and yelling like they were at an NBA game 7. I suggest that all dads take their kids to at least one video game tournament if their kids are into gaming.

Open up their eyes, let them see there’s more to gaming than what they think, that’s how you become a DOPE DAD! Next time we go, we are joining a tournament, I just hope my son doesn’t call me TRASH in front of everyone ? ? ? ? ? ?

Ever went to a gaming tournament or played in one with your kids? Hit me up so we can share your story to other DOPE DADS. 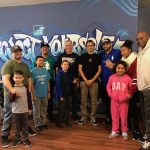 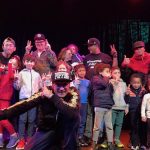