Sky’s The Limit with Devo Springsteen

Devo Springsteen believes the Sky is the limit and so do I!

However; how do we as dads make sure our kids believe it as well?

I remember my dad telling me, “Jimmy, you can conquer that corner like the dealers do in a day, but that doesn’t make you a winner.”

That one line follows me to this day because it was my dad’s way of encouraging me to always go for more. To not settle for what is in front of me but to put in work to obtain or even conquer a much larger goal.

My dad never strayed from telling it like it is and he used that same energy to push me beyond what I knew.

“It starts with us” Devo Springsteen

I love finding out how other dads push their kids to succeed and how they go about doing so without being that pushy dad kids hate.

This week I sat down with someone I met over 8 years ago while I chased my dreams of educating minorities on entrepreneurship. They call him Devo Springsteen, but his kids know him as Devon Harris.

Devo is one of those dudes that accomplish so much but doesn’t really talk about it. My goal wasn’t to get him to talk about all of his successes, he’s had some big ones! My goal was to learn how he was going to use his background and teach his kids to chase their own dreams.

He probably could have stopped hustling the minute G.O.O.D. Music succeeded up which he started with his cousin Kanye West. Who else can say they have won Grammys while also being best friends with legends like John Legend? That would probably be enough for most people but not Devon.

Although winning a grammy and making it in the music industry is huge, Devon decided to take his skills to the technology world by building the future of video manipulation via his platform Adventr.io. He kept and continues to push for more.

One win doesn’t mean you will win again.

One of my favorite things about Devo besides him being humble is that he knows that winning in one industry doesn’t mean you will win in the next one.

I remember when I 1st met Devo. He had no problem telling a crowd of about 100 minority entrepreneurs and myself that even though he had won in Hip Hop, the tech industry didn’t care about that. They wanted to know what he could do now, not what he did before.

That humbling experience in my eyes describes Devo to the fullest. He doesn’t name drop, he doesn’t brag about his wins, he doesn’t offer people tickets to see Kanye perform, HE GRINDS!

It’s one thing to teach your kids, it’s another to educate them through your actions! Devo filled us in on how he plans to continue to teach his kids that the Sky is the Limit and how we can do the same via relationships, work ethics, and still being true to ourselves like real dope dads.

Lets get it fellas, it’s not every day we get a peek into a grammy award-winning founder turned tech investor and founder. Devo dropped gems!

Hear more on Episode 64 below or on all major platforms like APPLE, SPOTIFY, and STITCHER. 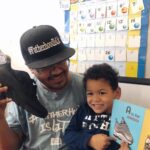 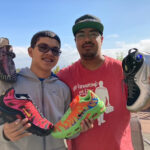