Riding a pedicab is not a new thing in NYC but some reason, I never had the urgency to try one.

I do this with many things I deem as tourist attractions in New York City.

I always tell my family and myself that one day we will try all the things tourist love to do out here, but never take the time to do so.

However; when Lego contacted me to take a ride in a special pedicab made out of Lego bricks for Star Wars Day I couldn’t say no. I told my wife it was for my kids but in reality, it was for me. 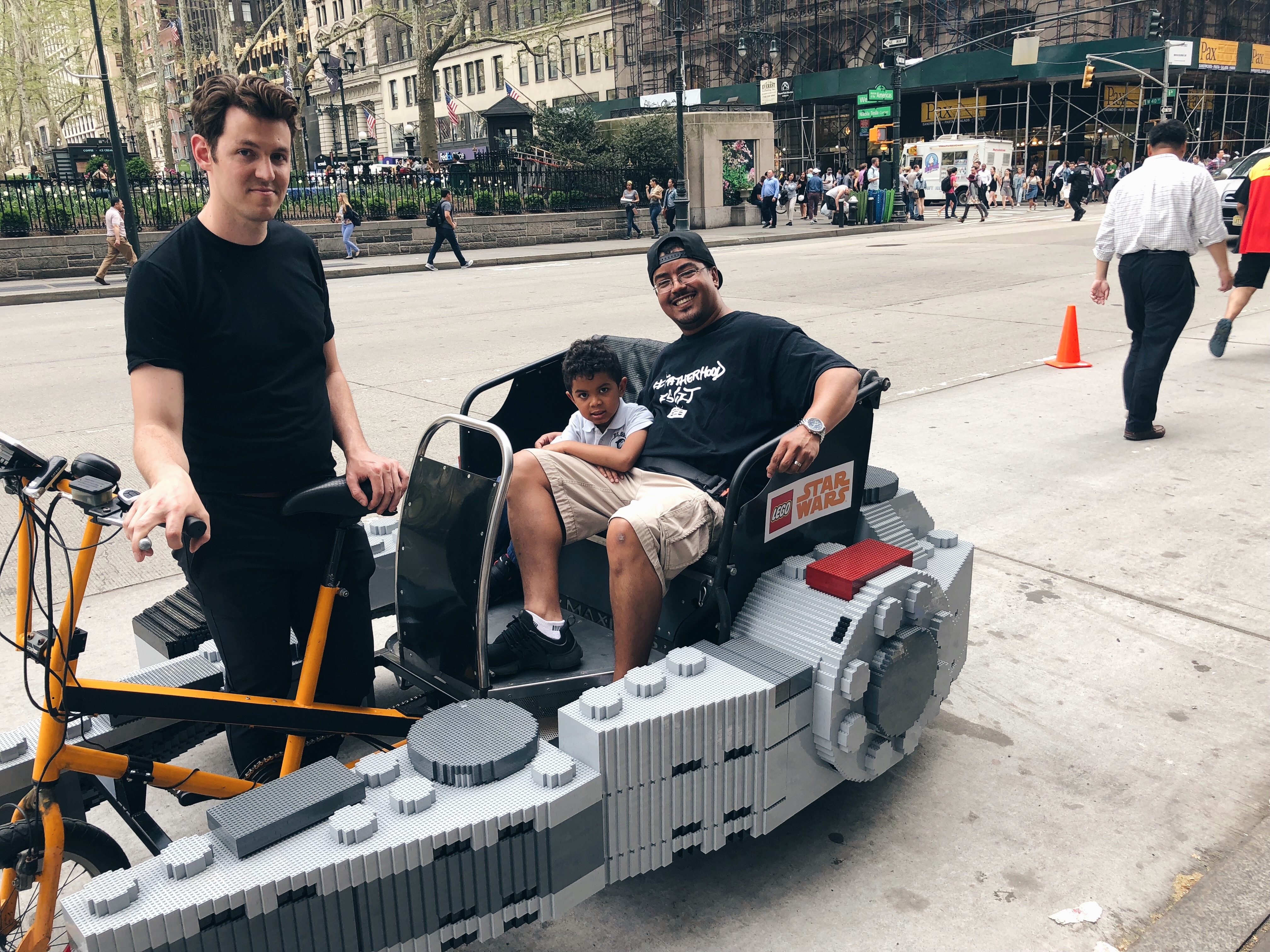 This was definitely a Cool4Dads Certified Event and I wanted the #FatherhoodIsLit community to know all about it. 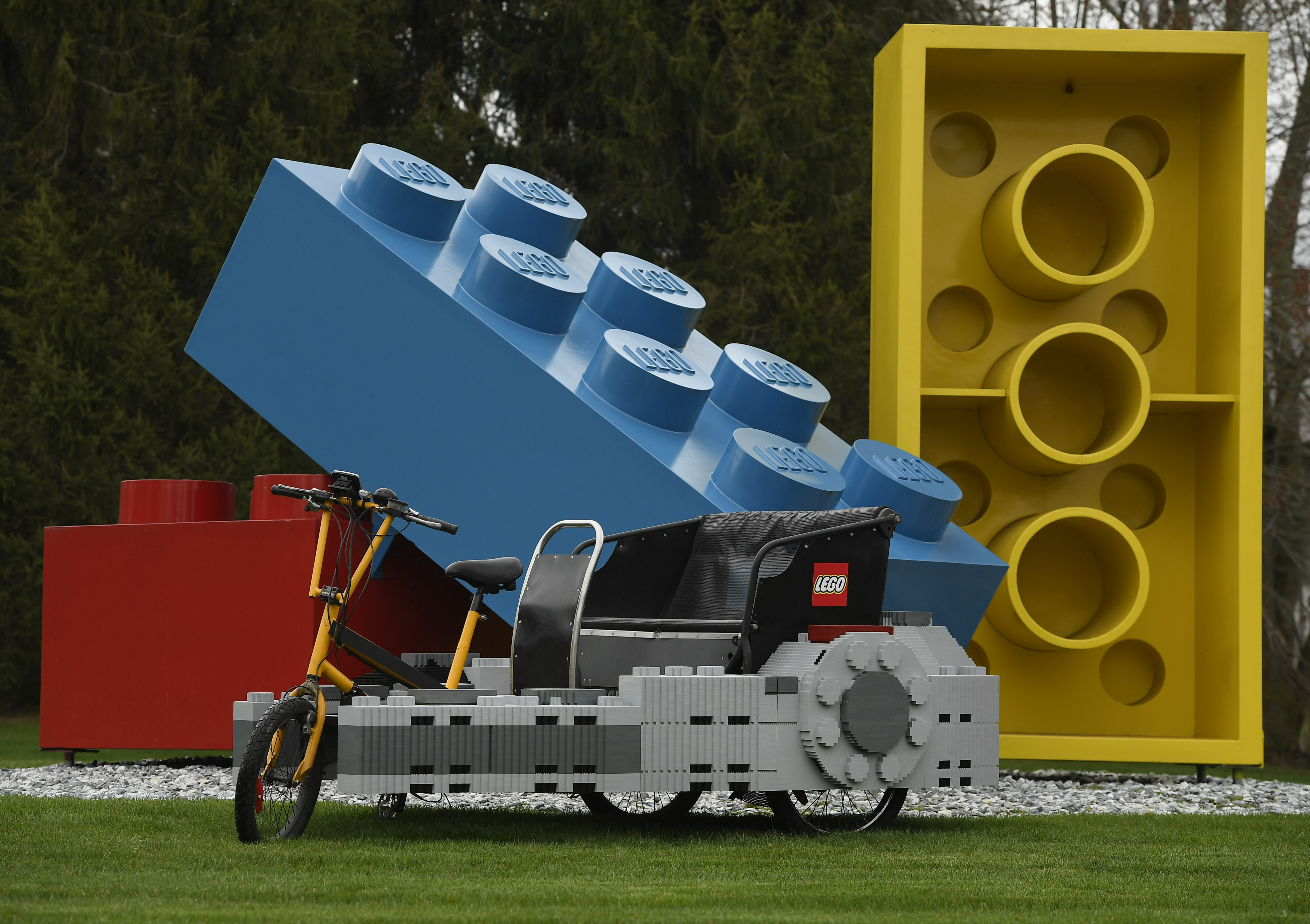 Lego wanted to celebrate Star Wars Day, May 4th, in style and built a rideable Millennium Falcon made of over 20,300 bricks. It took them 396 hours of design and build time to build this one of a kind Lego and attached it to an NYC Pedicab.

It wasn’t just a publicity stunt either, they built it to not only celebrate Star Wars Day but to also support UNICEF. They partnered with Lucasfilm and Star Wars: Force For Change to donate $1 to UNICEF for each public post, like or share on various social channels via the #RoarForChange hashtag.

I’m all about paying it forward, so this was perfect! 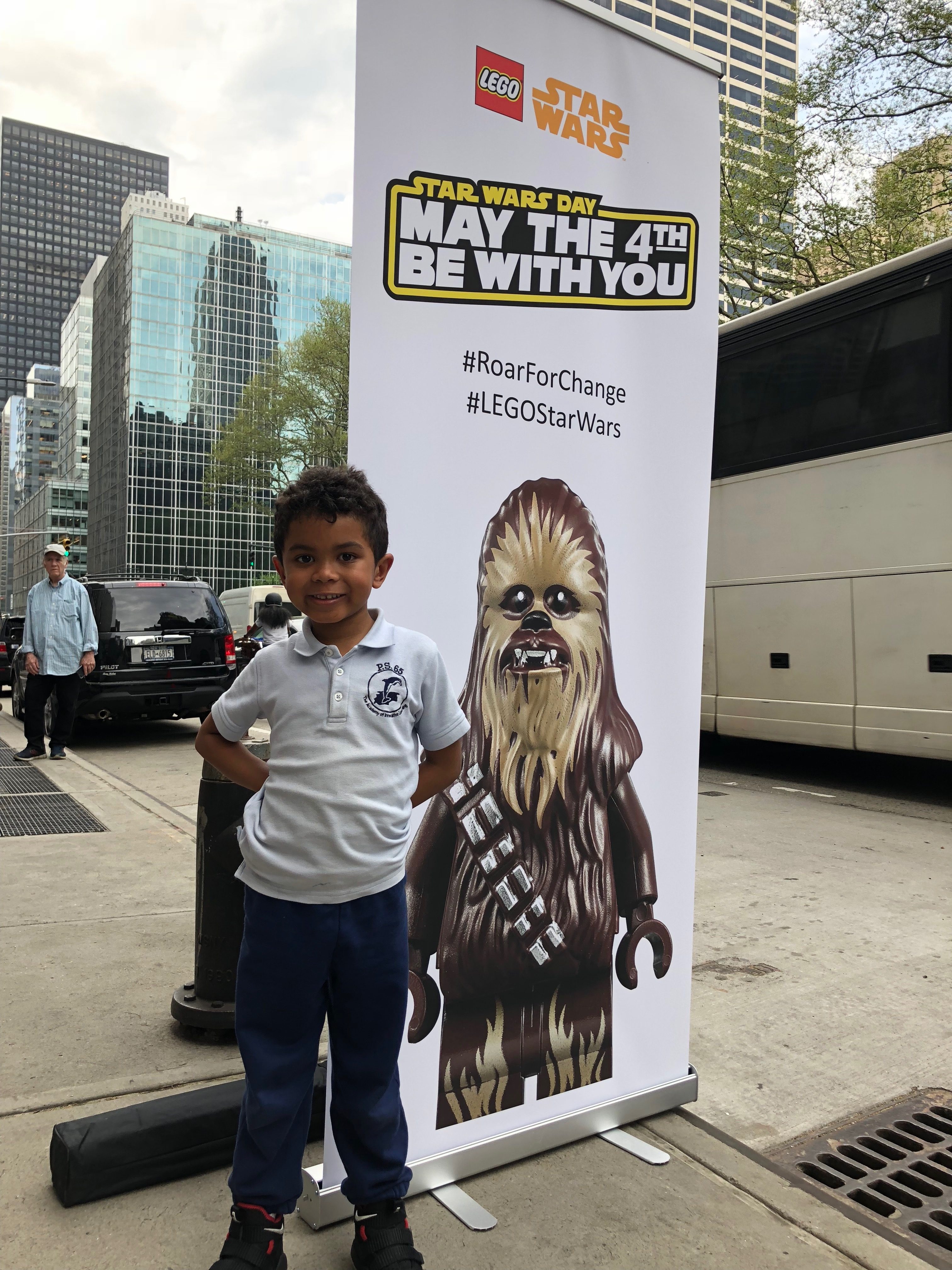 As a native New Yorker, I know how hectic it can get when something like this comes to my city. Tourist out here don’t play so I knew this event would be packed.

The good folks over at Lego set my son and me up with an appointment time so we wouldn’t get caught up in the madness. That was the perfect beginning to our 20-minute adventure. Winnnnning!

We saw pictures of the Pedicab but seeing it live was eye-opening. It was 9 feet long, 6 feet wide and honestly looked like it could take out one of those small smart cars. 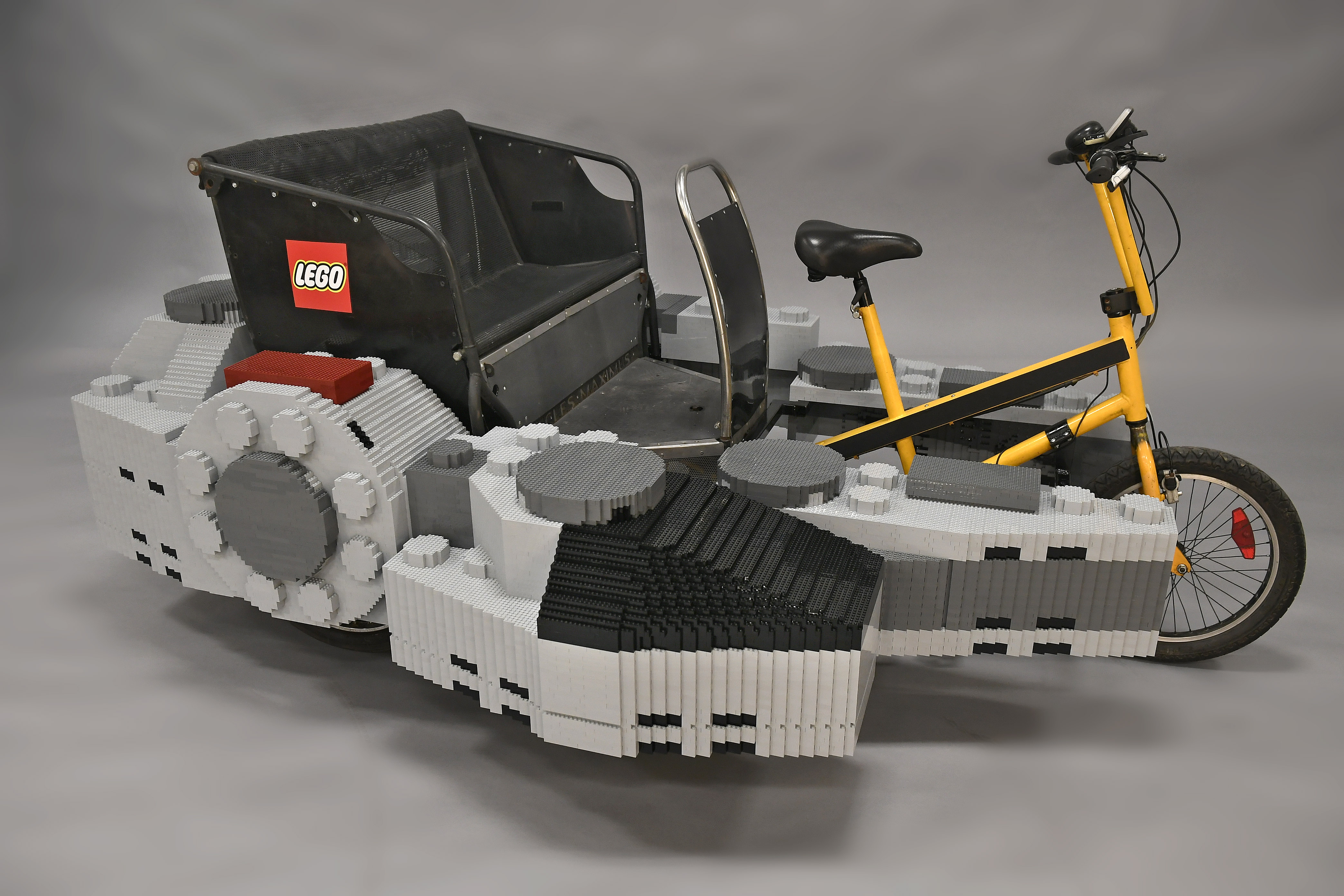 As we hopped on, my 5 year old looked at me and said dad we built one of these. I thought that was going to be the last comment I was going to hear about it while we rode around Mid-Manhattan and I was wrong.

People would run up to us to take photos or simply to ask our driver questions. They even asked my son if he was a master builder since he looked like a VIP on this cool Pedicab.

We both felt like big shots with all the attention we were getting. Cars would drive past us and honk in excitement instead of screaming at us to get out of the way.

Here I was thinking that no one would care but it was like the whole city knew about Star Wars Day. People would even tell us to let the force or 4th be with you.

My son sat back like a star and soaked in the sun during our ride while I got to see another side of my city.

Another Side Of NYC 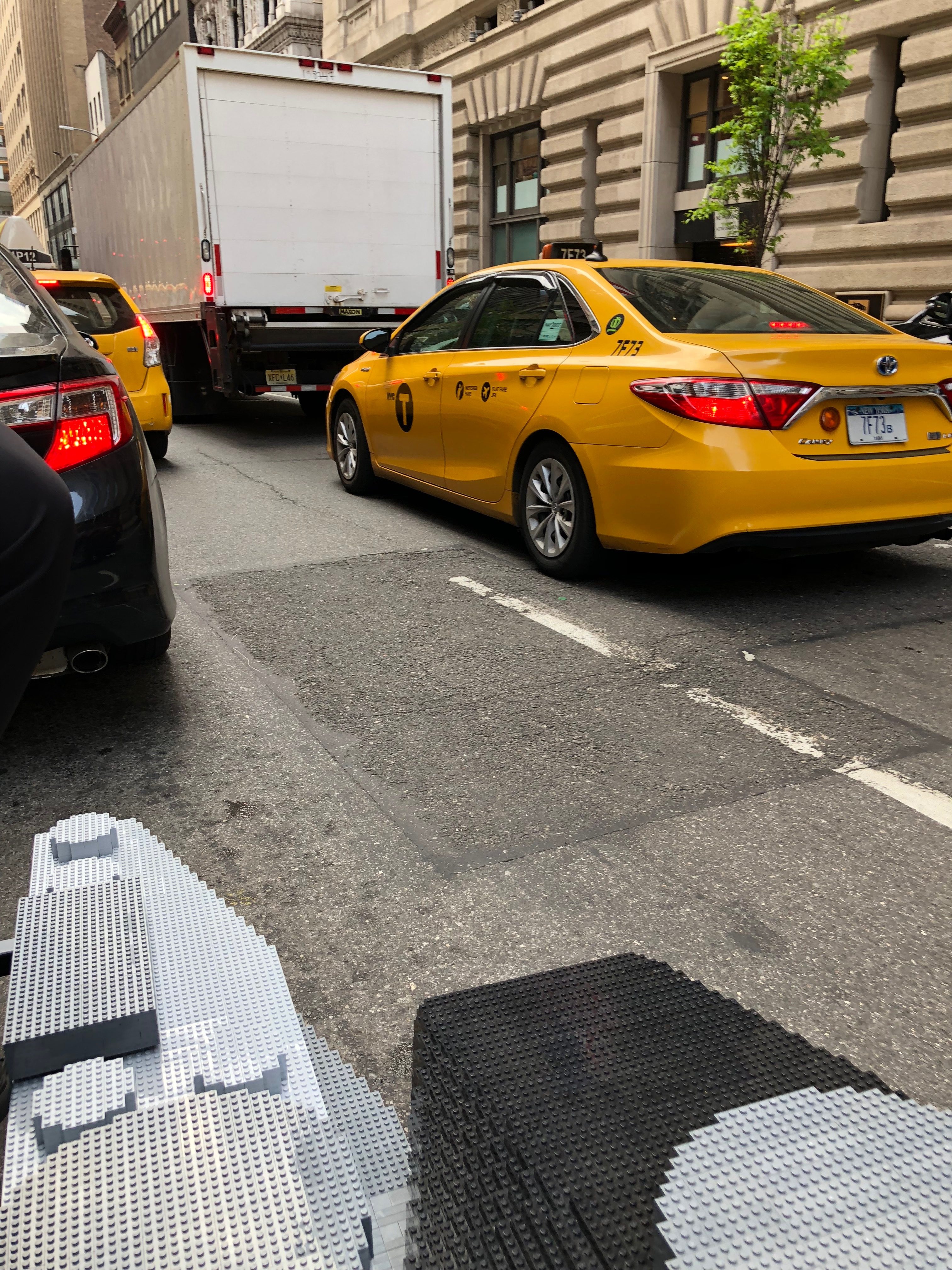 I was so accustomed to cursing at pedicabs every time they cut us off in traffic that I never thought about the experience you could get riding one. It was different, but it was also pretty dope.

At 1st I was actually nervous and feared that a car would hit us but our driver drove this pedicab with finesse. Weaving in and out of traffic like a boss. Our driver could have got us out of traffic many times but instead, we stood there soaking in the sun and the scenery.

That’s what a pedicab ride is all about, relaxing. I was able to educate my son on our surroundings and anything else that popped up.

It felt like the world stopped for a few minutes at each red light and that’s when we really got to take a good look at our beautiful city.

Dad Life, May The Force Be With You 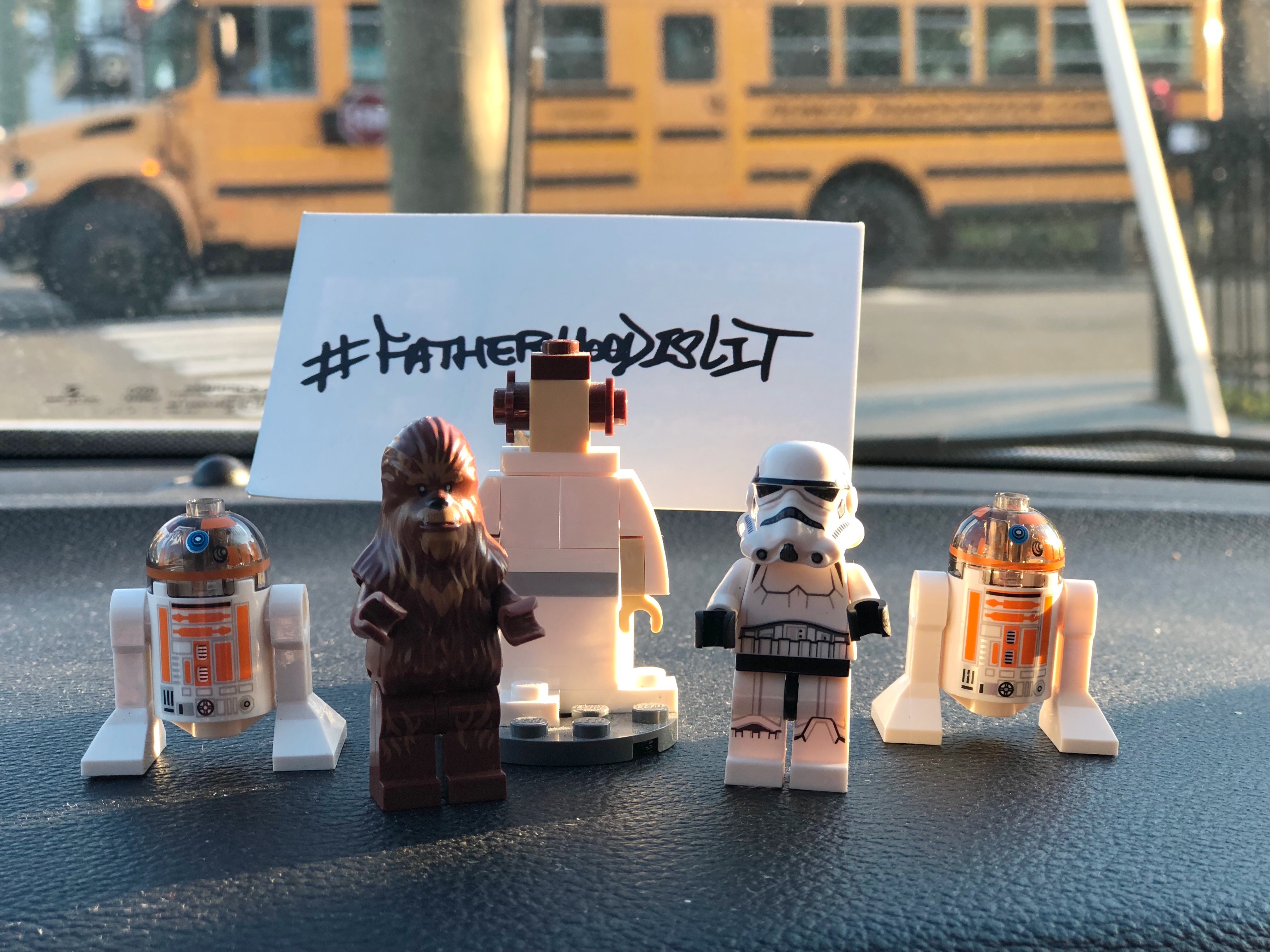 Towards the end of our ride, another pedicab pulled up to the side of us and asked our driver how he could drive one. After our driver told him it was a once in a lifetime activation it finally hit…

My son and I were part of something really special, something we probably would have never done if it weren’t for Lego.

Heck, I was able to do this because I have kids, once again proving that #FatherhoodIsLit if you let it be.

You might not be able to ride in a Lego Millennium Falcon pedicab anytime soon but if you have a chance to ride a pedicab in any city… DO IT!

Your kids will love it and chances are that you will also! 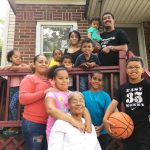 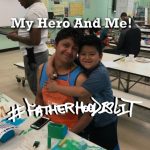