Coparenting for the win with Joel Leon

Coparenting is one of those things that can either put a smile on someone’s face or destroy them.

Talk to any parent, mother, or father, and barely will you ever hear a good story about co-parenting.

Some would even make you think that it is impossible, but it is possible!

There are millions of families making it happen and although it’s not always easy it gets done. It also seems like the parents that are making it happen don’t talk about it enough for the rest of us to learn from.

This week I really wanted to find out how some parents get it done. It might not be perfect but they get it done and it’s time dads know some of the “secret sauce!”

So what’s the secret?

I still have no clue but the homie, author, musician, and general dope MAN Joel Leon came through to drop some gems for the #FatherhoodIsLit community.

If you don’t know Joel Leon, then you aren’t on the internet enough. You can find Joel on social media, TED and more dropping gems and if it’s not him doing the tweeting, thousands of others are pushing his tweets.

The main lesson I picked up from Joel didn’t even happen in the podcast although we covered it in depth. That lesson deals with the names we bestow on the mother of our children.

Joel hates the term BABY MOMMA, and it’s not because people call us BABY DADDIES. He goes in deeper than that on a guest post we had him hook us up with.

He hates it because it feels like a label, a nasty label and it is.

When you hear the term BABY MOMMA or FATHER you immediately think of the worst. Chances are that person isn’t with their mate anymore and there’s a huge chance they hate each other.

Joel hates the feeling that word gives women and hates it, even more, when they call us BABY FATHERS so he doesn’t use it. He even told us that it’s a respect thing and after hearing him talk about it, you just have to respect it!

We won’t let anyone disrespect the mother of his child with names or actions.

I love talking to Joel because he is one of those people that speaks with sense. He just doesn’t say the things you want to hear, he says what he means and says it in a way that allows you to soak it in.

Sometimes as fathers, we just got to see how another dad moves to learn.
Joel did that for me as he reminded me that even though I am married with kids, my wife and I are co-parenting.

We live together, we sleep together, I get to shoot her club up at will 😆, but most importantly we are raising 3 kids together.

We are a team and that’s what coparenting is about. The overall winner is the child and that right there is something Joel never forgets and neither will I!

Get you co-parenting on and peeps what the homie Joel Leon had to say below.

Buy Joel’s Book: A Book About Things I Will Tell My Daughter!

Hear more on Episode 76 below or on all major platforms like APPLE, SPOTIFY, and STITCHER. 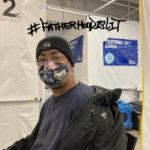 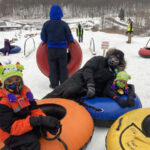