Graduations Are For Dads Also #FatherhoodIsLit

That was my message to my 4 year old who was about to finish off Pre-Kindergarten and to my 10 year old that was graduating 5th grade! Yup two in the same week!

Talk about being proud!

Graduation week will make any dad proud and since my dad never made it to any of my graduations; it means even more to me.

He never made it because he had to make money! How many other dads are in that same situation? Pictures of this special day are cool, but being there is priceless.

I vowed to never miss an event where my kids are the stars, here are a few things I like to keep in mind when I’m present!

Once In A Life Time 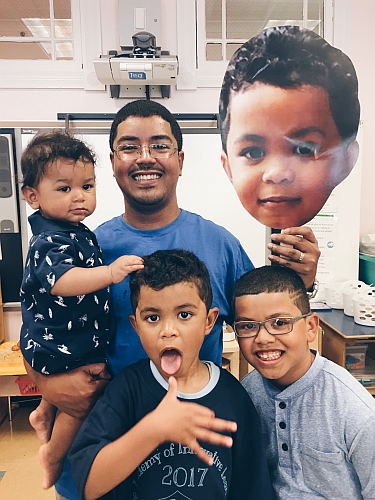 I get it some people can’t make it just like my dad due to holding the house down, you can’t really get upset about that.

But many have the opportunity to make up for a loss day of wages and still choose work or other things over an hour or two of showing love. That’s no bueno, and it will have you feeling like SHIT after… If you really care!! I know you care right?

Kids can only graduate from a grade once, so missing it when you could be there is lame as hell.

It’s a proud moment that doesn’t happen every day! Don’t want to feel like shit? Then show up because you can’t just redo the day, it doesn’t work that way!

Have Fun With It 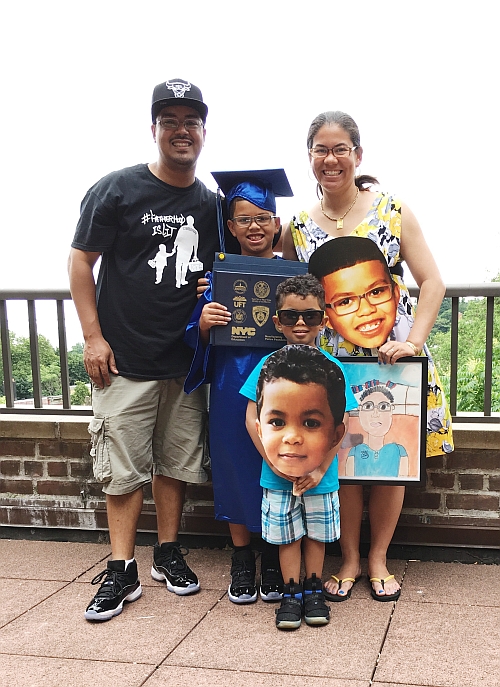 Graduation is supposed to be for the kids, but you know dope dads like me still have our own fun with it. We wake up every day and make sure our kids wake up for school so we deserve this day as much as they do!

I found a deal for $5 big heads on groupon and jumped on the opportunity. It was a real simple and cheap process that brought us tons of memories!

The look on both of my kids’ faces when they saw themselves was insane. All their friends and even parents smiled while asking where we got them from.

I’m a sucker for making my kids feel like stars and making sure I had fun with it helped big time.

It’s our day also; don’t be afraid to have fun with it! 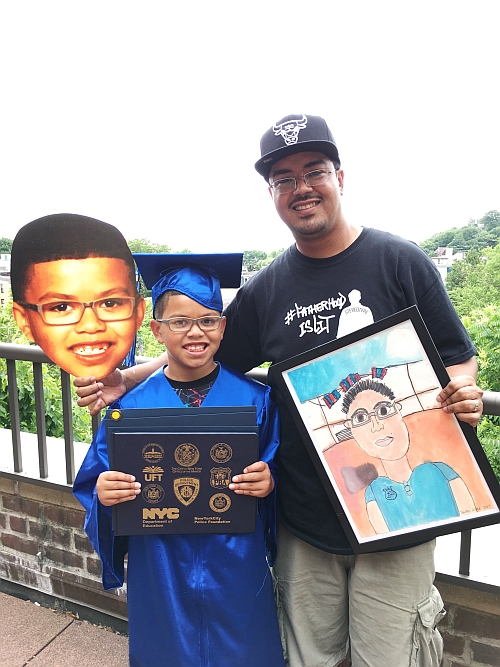 I’m sorry to have to say this but most parents don’t give a damn about your feelings, especially at graduation.

We have all encountered rude parents that block the view of your dope picture taking. Sometimes they are so excited they don’t even know they are doing it! It is what it is!

If you have to get aggressive to take pics of your kids then do so but don’t be rude. Meaning, don’t just barrel people over, think about what you are doing!

Whenever my kids got called for an award or even their diploma, I weaved my way to the front to take a picture. I didn’t care who was in the way; I just knew that I had to capture the moment before it was gone.

If you’re a little shy like me, get over it because if you don’t you will end up with some wack pictures. For pictures I abide by the rule of asking for forgiveness later, not asking for permission to capture the moment.

They are your kids, capture the moment but always make sure you don’t fuck it up for someone else.

In conclusion, graduations are special for everyone involved. Missing out on them, especially when you have the chance to be there will have you feeling like pure shit if you really care.

Days like this go by way too fast and you never get a replay to get that crappy feeling off your back. If you can make it, do all you can to be there, take dope pictures and have fun! You will thank yourself when you see how proud your kids are and the smile on their faces when you hug them! That feeling is the best and should never be traded unless you really have to!

Congrats to all the graduates out there and the dads that show up even if they are embarrassing their kids when they do show up ha ha!!!! Live life because….. 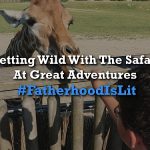 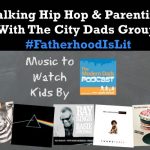