Just when you thought Dinosaurs were extinct, Feld Entertainment brings them back to life in an arena-style setting to cause havoc with Jurassic World Live Tour.

You might think you have seen it all when it comes to the Jurassic World series but this live event will surely keep you on your toes with surprises.

And we got to learn about a few of them with a couple of cool dads at the Jurassic World Live Tour Media Day in NYC.

Membership to City Dads Group has its perks and this time around we got to meet the stars of the show and learn about it together with our families.

Not only does the show bring dinosaurs to life in a live setting but the storyline also changes while you are sitting there in the action.

This time around we are introduced to a new dinosaur named Jeanie, who is a troodon and is said to be one of the smartest dinosaurs that ever lived.

Attendees will join scientists and a trained Raptor named Blue as they work their way through the dense jungle of Isla Nublar to save Jeanie. They also introduce fans to a new device called the decoder, which lets us interpret how dinosaurs feel.

Now that doesn’t sound too intense until you notice that some of these dinosaurs are huge! Some can stretch out as much as 40 feet and look super realistic. Not only do they look real, but they also sound real and the production crew used state of the art animatronics to really give you that realistic feeling.

We were invited to spend a few hours behind the scenes of Jurassic World Live Tour and to be honest, we can’t wait until the show arrives in February 2020 here in NYC.

We were all able to learn how these 40-foot dinosaurs were made, the material used and even how some of them are controlled by parkour trained professionals. These dinosaurs aren’t just huge, they are heavy and to move them around you need to be in shape.

My son loved playing with the hand puppets since the bigger dinosaurs were too heavy for him. He also got to meet Blue and Jeanie for a special photo opp. Here is where you see how much work it takes an actor to move around in these huge dinosaur suits.

They even use hand controls to control the head and sounds of the dinosaurs. They look so realistic and my son quickly backed up when Jeanie walked up to him.

We learned about everything it takes to build a huge production like this from various staff members. They were all full of knowledge and made it super easy for us to understand all of it.

Kids also got to take photos with the famous Gyrosphere and Jurassic Park Jeep while dads like me smiled all night. We also got into the picture taking mood, kids can’t always have all the fun.

This is going to be a hit with dinosaur lovers

Our behind the scenes look at Jurassic World Live Tour taught us about the production and what it took to get it there. However; what it really did was solidify the case for purchasing tickets.

We were only able to experience 2 of the 24 dinosaurs and a small piece of the show but immediately left wanting more. My son kept asking everyone he could for tickets. He didn’t care that the show wasn’t coming to NYC until February. He wanted it NOW, luckily for me, there was a dinosaur soundboard that eventually distracted him.

On the way home, he even made me promise him that we would go to the show. We all know you can’t promise kids anything, they never forget and for this one, I don’t mind if he reminds me.

There’s nothing better than investing in something that your kids love and will learn from.

Jurassic World Live Tour is going to be a hit! I can’t wait to hear what my son has to say about the full arena experience. I know I, I mean HE, will love it!

Was Jurassic World #Cool4Dads Certified? You better believe it!

Want in? Tickets are on sale now! To check out the schedule or buy tickets, follow this LINK! 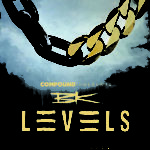