#FatherhoodIsLit At The World Maker Faire

You can never stop learning when you are having fun!

This is something I learned in college and it was reinforced at The New York Hall Of Science for the 8th World Maker Faire. This is definitely a Cool4Dads Certified Event!

For 2 whole days, I was able to watch my kids play and learn while I had my own fun, making this event one of the best events that I ever been to!

Price: Varies By Package But Worth The $$
Dress Code: You Will Get Dirty, Don’t Dress To Impress
Time Needed: Up To You, We Needed 1 Day For Hands On Stuff
Age Range: All
Fun Factor: All The Way Up!
Registration Needed: Yes, Here Is The Link

This is really a no judgment zone designed for creators, makers, and people that just love to learn without making anyone feel like an outsider.

They call the Maker Faire the greatest show and tell show on earth, believe them!!!

So put on comfortable kicks because you will be busy all day long! Here’s what you need to know! 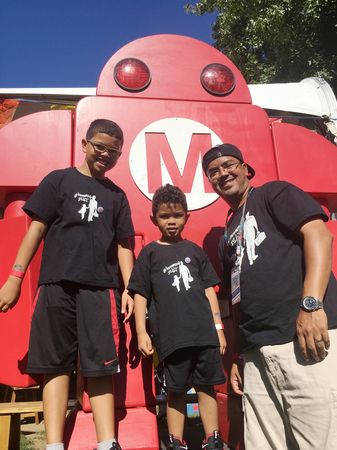 As a minority in technology, I am used to going to events like these and feeling out of place. I never see anyone that looks like me and sometimes feel like others might be passing judgment on me. It’s not a chip on my shoulder, its a reality, a sad one!

But at Maker Faire, I felt like I BELONGED!

People were so proud to show off their creations, that they would really open up. Maybe they were proud but I’m guessing sometimes just like me, they were happy to find others that were interested in the same things!

You can ask people there almost anything you want and people will have no problem having a discussion about it with you.

My kids are very curious and everyone we spoke to showed my kids love. They would talk to my kids about their creations and would proudly listen to their questions. sometimes even letting them touch or play with their stuff. 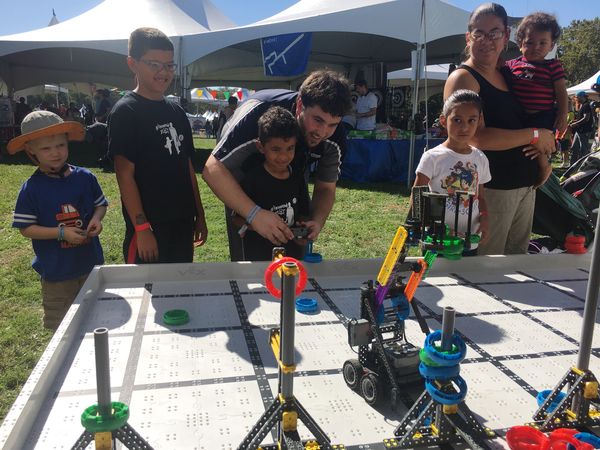 The biggest asset we had was our curiosity and at Maker Faire, that’s very respected! The vibe was perfect! 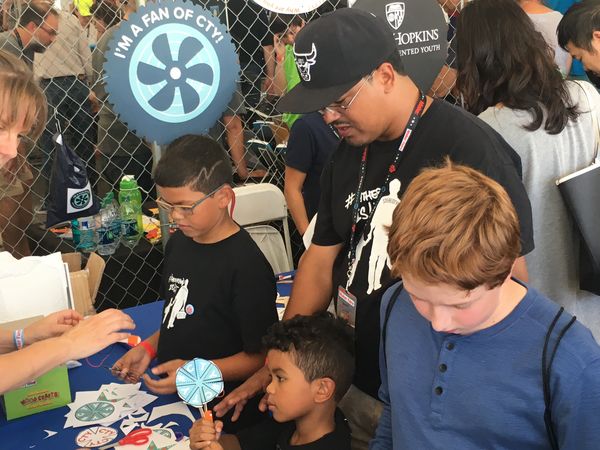 Imagine not having to force feed lessons to your kids! That’s what the Maker Faire does best with over 140 hands-on activities!!

These aren’t some corny coloring pads or drawing tables either. They weren’t set up to kill time, they are set up to educate in a fun way!

They had everything from building air pressured rockets, to working circuit boards made out of conductive paint, to building parachute devices to be used in a wind tube.

The amount of activities there seemed endless and everything had a lesson attached to it, even if you didn’t realize it! Anything that had to do with force or coding had my kids attention big time.

My kids didn’t even want to leave the first zone we visited, and that same behavior continued from zone to zone. They couldn’t get enough, and I was cool with it because we were all having fun while learning. Can’t beat that as a parent and they could have done those activities all day long if needed!

When kids find things that they are interested in doing, the amount of learning that takes place is phenomenal. Don’t let chances like that pass you by!

With so many hands-on activities to do, the presentations and demonstrations took a back seat.

We had planned to watch a few panels but once the kids started rocking on the activities, I couldn’t find the courage to tell them to stop.

The good thing was that many of these panels and demonstrations were squeezed in between zones so you were sort of forced to see some of the things anyway.

Like the guy walking around Maker Faire with a metal dinosaur he constructed. He controlled it with a glove that would send all the movements via Bluetooth to the dinosaur. We saw a few of those around and each had its own special story.

Besides showing off some really cool technology, they also had an electric go-kart challenge and drone racing. 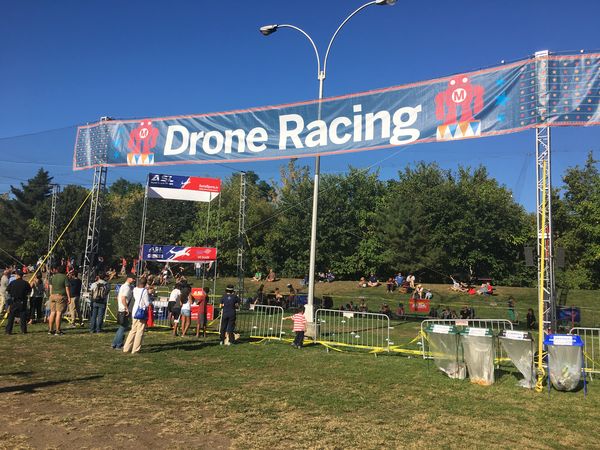 Here competitors worked on their devices and put them to use in front of a crowd. Out of those two, the go-karts were our favorites because people got really creative with their designs and they were fast! We went to the pit stop area and watched as families worked on their karts and talked about the race. That was pretty dope and educational at the same time.

We went to the pit stop area and watched as families worked on their karts and talked about the race. That was pretty dope and educational at the same time. 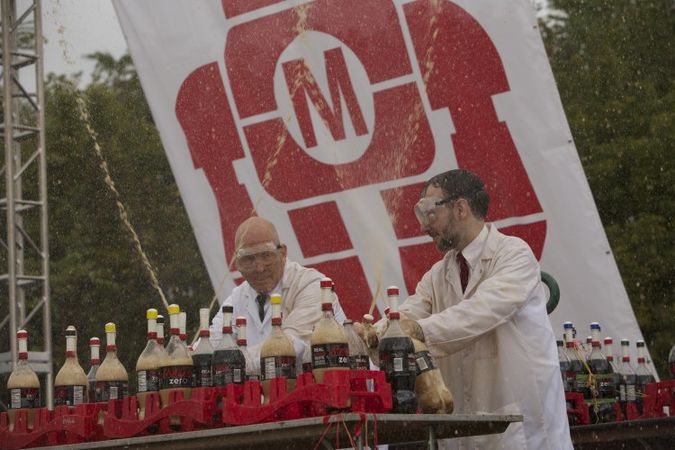 We did catch the famous Mentos and Diet Coke show, which was off the hook! There’s something about making a mess that excites kids and this show even had the parents clapping for more.

If you are going to stick to the hands-on activities make sure to at least catch a race and definitely the mentos show. They will have you wishing you were part of them lol. 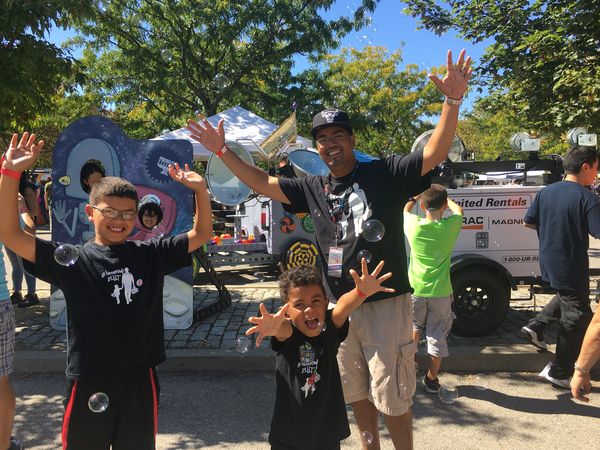 The Maker Faire wasn’t about money or becoming the most popular because you created something cool. It was a gathering of people that love to create things out of nothing. Like Hip Hop, these creators have a vision and they are proud to make that vision a reality.

That made the event even more special because attendees could focus on having fun and learning!

If you ever have a chance to go to a Maker Faire in your city, don’t waste time thinking about it! GO DO IT! There’s so much to do that you will need both days to really get the full experience.

The Maker Faire let me be me, while my kids made me feel young again! Can’t beat that!

Take your kids, learn something new, and create dope memories together like a real DAD is supposed to 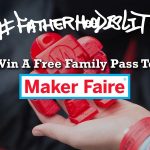