Kids play sports for different reasons and sometimes those reasons might not align with dad.

I’m a sports dad! I love them all but basketball is my 1st true love. So much that for years I even coached my son’s youth teams. From CYO to Jr. NBA, I was everywhere my son was enjoying the game right alongside him. I didn’t know how good I had it being there.

When I wasn’t coaching his team, I would sit on the sidelines yelling out orders for him to follow. Sounds crazy but many of us dads do the same thing. Some much louder and crazier than others.

Some times, we even act like we are the ones playing the sport, instead of our kids. It happens way more than I would like to admit.

My son and even your kids probably play sports to simply have fun. I wanted him to hit the court and play like his dad did, no mercy. That’s not what he was about and I would attack my son whenever he didn’t give it his all in any sport he decided to play.

It took one horrible night of tough love that opened my eye. I was messing up, I was actually very lucky to watch him not give it his all. Sounds crazy but it’s true, other dads out there can’t always make it to watch their kids play a sport.

They might not compete as we do but we are lucky to watch them play period. So instead of always hounding them for the things, we think they are doing wrong. Let’s work on being grateful that we can actually help them as long we don’t become that crazy dad.

The biggest lost a child can ever have is a dad that isn’t proud of them, let them play the sport for themselves, not for us!

On this weeks episode, I remind myself that they play for different reasons, coping with it and why that’s perfectly FINE! Listen below

We are on all major platform like APPLE, SPOTIFY, and STITCHER!, remember to hook us up with a dope rating. 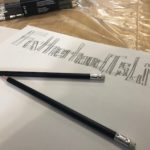