Remember when MOTHERS were the only ones interested in a BABY SHOW?

There was a time when only mothers were expected to care about the goods their babies used!

Times have changed and even though women yield the most buying power when it comes to kids, dads are now stepping up to the plate and killing it!

I was asked by my favorite dad group the NYC DADS Group if I could come to the show and talk to other dads in their famous DADS LOUNGE.

There was no way I could say no, here are a few things I learned!

Dads Want To Be Involved In The Purchases 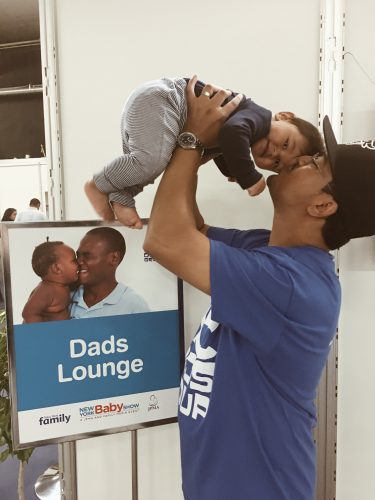 Besides having a ton of free things at the baby show, vendors are on full display showing off their hottest and newest baby products.

Every line we stood on was packed with fathers that were searching for things to buy. It wasn’t just mom making the decision anymore, dads are included.

I joked around with one dad who was trying a cool stroller that you could open and close with one hand. He was about to buy this new $400 stroller and was asking me if I thought his wife would get upset.

We both laughed because it didn’t really matter, he wanted it, saw a use for it and made the decision to get it like a boss!

This was a common trend throughout the show and it was cool to see other dads take the initiative to buy what they felt they needed! I saw a stroller with a usb power attachment; I almost pulled out the credit card myself lol!

You Can Learn From Dads At The NY Baby Show 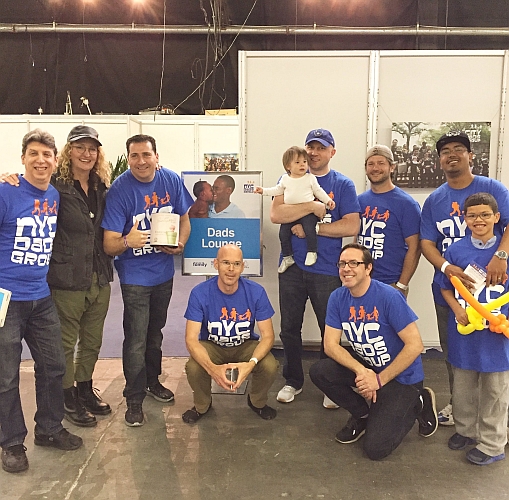 With The World Famous Anne Geddes, Do Your Googles

Even though most of the vendors are there selling their products, there are also some really cool classes and speakers there to educate the crowd.

The various segments and courses were perfect for dads that wanted more info but might be a little to prideful to ask questions, especially since it was other dads doing the work.

Besides having a dads lounge where dads could come chill and/or change their babies diapers, the NYC Dads Group also held a New Dads Boot Camp. I spoke to a few dads in the lounge and it was no surprise that many of them were there for the class. Even the dads that had experience with kids were interested in learning new tactics from other dads.

Many had questions since some were about to be 1st time dads but didn’t feel comfortable asking strangers for advice. Is this you?

So having classes or talks that dads could drop in and out of without any pressure was really dope. Dads actually wanted to learn, they just didn’t want to look like they needed to learn if that makes sense.

Fun For Kids And Adults

My 10 year old and I spent most of our time at the Dads Lounge talking to dads as we wanted to help our group grow. That experience was fun for both of us but they had tons of other things for kids to do.

My wife will hate me for saying this, but the whole conference space was a play area for my kids, not just the designated play area they had set up. They had performers, face painting and other things for kids of all ages.

My kids love unboxing things and like to be in the mix. So I had them going to all the vendors and getting us all the free samples they could get lol. They loved that! 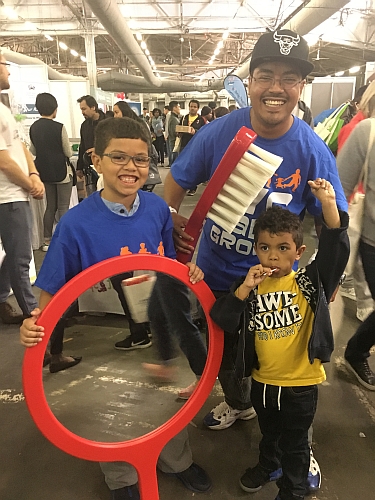 Besides the free samples, some vendors had other cool things and even products that the kids and adults could mess with. They had a stroller park where you could test out various strollers which was cool. I was trying all the monster truck style strollers I could find because… well I could!

There were tons of activities; the only drawback were some of the lines.

In Conclusion, dads are really making their impact felt in ways that only mothers used to and it’s going to be even more common. So get used to it!

There is no such thing as doing daddy or only mommy things anymore.

It’s called parenting and that old stigma that only mom can do things will disappear!

Real dads do it all and are not shy about doing things like a baby show anymore. It doesn’t make you less manly to care about the goods your kids use, it makes you a real FATHER.

Next time a show like this is around, grab the family and spend a few hours doing the show together. You will stay in the know of all the hottest products, will fill your car up with free and paid goods and will have FUN doing it together as a family!

Ever been to a baby show let us know in the comment section! 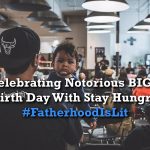 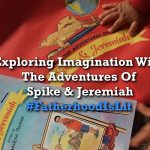