I am down with the City Dads Group!

No, we are not a gang or even an investment group or anything else you might be thinking.

The City Dads Group is an organization that happens to have smaller local dad groups.

Together, over 40 groups make up the full City Dads Group. I am not only a part of the NYC Dads Group chapter but I’m also a co-organizer. I like to make sure minority dads are taken cared of!

The groups allow dads like me to have a place to meet, learn, and even share cool experiences together. It’s also great for making friends, you know dads aren’t always willing to do so.

It’s a collective of dads all sharing their trials and tribulations as a dad. I like to call it a huge think tank because I can ask one member a question and sooner or later everyone else will chime in to show love.

Think of it as a network of Dads, a strong one! This week I wanted to explore why dads need a group like this and why the founders even started it to begin with.

My favorite motto is IMPACT OVER EVERYTHING and as I spoke to City Dads’ co-founder Matt Schneider, I could tell this motto applied to his vision for the City Dads.

He started the group with his friend Lance Somerfeld because they were tired of not having representation. Just like other dads, when they wanted to find out about events or cool things, they always found the mom groups there.

We dads love being involved with our kids but all Matt and Lance could find were mommy and me groups. Nothing dad based would pop up. So they decided to represent for the dads and start the NYC Dads Group.

Through it, they would meet up with other dads and share important information. They would hang together and eventually explore new things together with their kids. They would also turn the group into a sort of sounding board for other dads.

I am the City Dads, so are YOU

They didn’t hoard all the good stuff that they found for themselves, they shared it with the dads. That led to a national movement that has won awards and has been able to show the world that FATHERS get busy!

Its been over 10 years of the City Dads Group representing and I wanted to ask Matt why he devoted his time to fathers. While most dad groups are busy selling t-shirts, the City Dads are focused on community.

That same community is needed now more than ever with everything going on in this world.

Matt filled us in on why others should join, The City Dads’ motivation, and its future.

If you ever wanted to join a dad group, do it! The City Dads have done it all for me from supporting my own movement to providing really dope experiences for my kids and me to participate in.

Joining a group was one of the smartest things I have ever done, you should do it as well.

You can read more about my experience with the City Dads HERE and hear some gems below!

Hear more about the City Dads Group with Matt Schneider on Episode 60 below or on all major platforms like APPLE, SPOTIFY, and STITCHER. 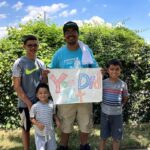 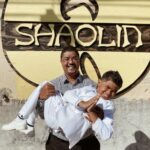