How does Marching For Equality actually work?

That’s the question I was expecting my son to ask me as I started getting dressed for a March on Staten Island.

Instead, he asked me if he could go with me as we march for equality during a #BlackLivesMatter protest.

To be honest, I like keeping it as real as possible with my kids but for this one, I was torn.

Should I take him or leave his behind at home?

He’s a mature 13-year-old, he’s also the son of a dark skin Puerto Rican, a Black Man named James. However, he is also my baby and all I could think about was his safety.

We all have seen the riots, the beatings, all the negative things the media and even the government have been pushing.

But how about all the positive things protesting brings?

The positive things outweigh all the negative thoughts I had about marching with my son.

He wanted in, I wanted to educate him and that’s exactly what happened. We focused on the positive side, the side that pushed the message “One Together, All Together!”

The side that was chanting for peace but also had the fortitude to stop actions against those that didn’t want us marching. We saw that a few times but not as much as TV would have us think. We only had 3 instances where someone, you know someone always gets tough for no reason. They handled them with peace and love.

Marching F0r Equality with my son and eventually, the family will go down as one of the best choices I have ever made in life.

We were marching for equality together with over 1000 Staten Islanders and our voices would be HEARD!

Equality was the premise of marching but wow did the lessons pour in and I didn’t even have to stop little man to discuss it. The energy of the crowd, the chants, the solidarity, all of that was taught through the crowds’ actions.

Should you march with your kids?

Marching For Equality alongside people of all colors, ethnicities, social classes, and more was enough to prove that I made the right decision.

If you want to take your kids to a protest or march, do it! The fears you have are real but chances of them occurring are slim to none. Don’t ever let fear stop you form doing what’s right in your heart.

You can never guarantee that everything goes right but that’s a risk we take every day leaving our homes. Instead, focus on making yourself comfortable.

Find a protest that’s happening during the day as I did. Come dressed to create change, not for a photo opp.

Most of all, come with an open mind, we did and we will never forget. I was worried about bringing him with me due to his safety, that’s a big worry. However; not taking him would have been one of the biggest mistakes I ever did.

Tune in below to hear what we learned while we were Marching For Equality and remember, “One Together All Together!”

Listen to Episode 47 below or on all major platforms like APPLE, SPOTIFY, and STITCHER to find out how Dads like us survive recording videos with our kids 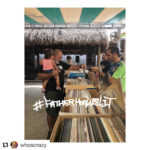