Usually when someone mentions a bucket list we all start to think of things we want to do but might never ever get the chance to do so!

We pick things that are possible, but for some reason we never prioritize them. Most people even wait until they are retired and are barely moving to start checking off these items.

But sometimes serendipity leads to us fulfilling a bucket list item without us even planning for it. That exact thing happened to me this week!

My son and I are huge basketball fans and with the help of Dove Men+Care and The NYC Dads Group, we were able to knock off a bucket list item that I always dreamed of! 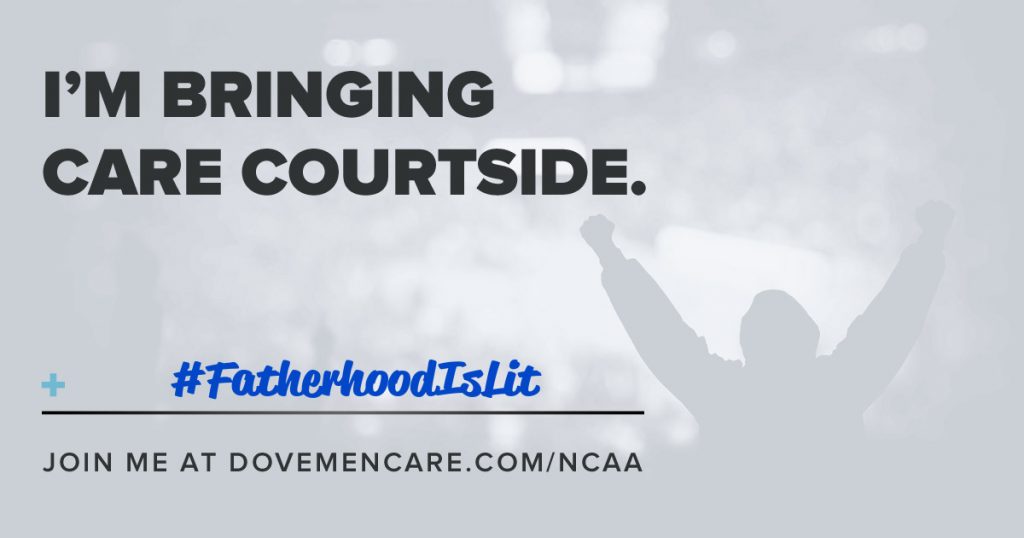 Make Your Own Here: www.dovemencare.com/ncaa

That item was attending a March Madness College Basketball game and we did it big! We got to see 2 teams in the Elite 8 square off in the most famous arena, Madison Square Garden!

Man that game was incredible but being able to share it with my son was more than I could ever ask for. Here are a few lessons that got reinforced big time during this special day!

It’s The Moment That Counts Not The Teams Playing 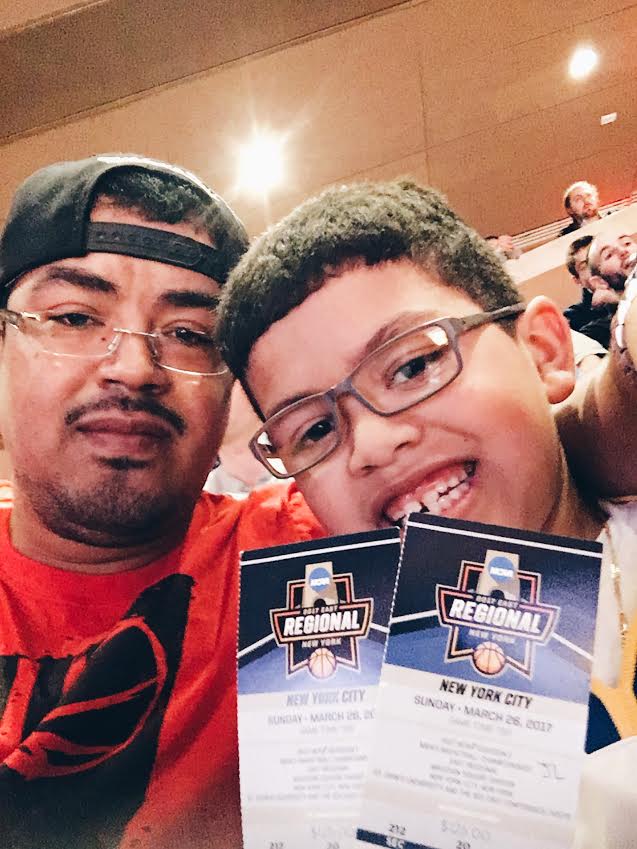 My son and I are huge Duke Blue Devil fans; I’ll take all the credit for that one with pride!

When we found out we were going to the Elite 8 match up we both got super excited as we expected Duke to make it all the way! But you know how those brackets go, we got bumped!!!!!

I was heartbroken! I was about to do something many only dream of for the 1st time and I was REALLY REALLY hoping we would see our favorite team playing.

I thought my son would be upset also and that I would have to explain to him how blessed we were none the less! I was WRONG!

He wasn’t happy that our team lost but he was extremely happy that we were going to see the game live! He didn’t care who was playing; all that mattered was that he was going with me to the game!

Knowing that I was going to share this moment with my son was dope but knowing that he actually appreciated it more than I thought was even better. Sometimes we put emphasis on the things that don’t really matter instead of focusing on the moment! They appreciate the moments we least expect, believe that!

The Game Isn’t Over Until The Horn Blows 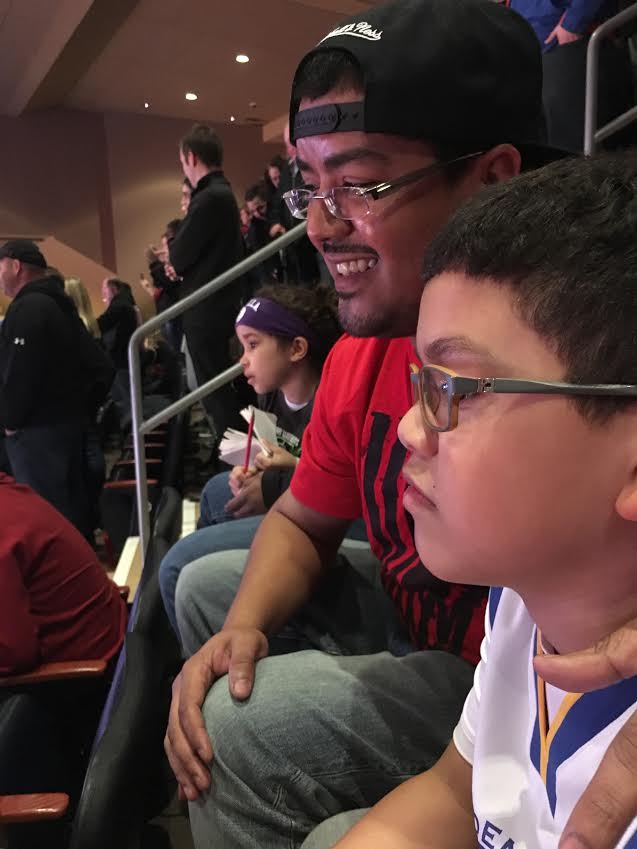 That Moment Your Child Realizes You Were Right!

We were at the game together but that’s where it stopped! I was rooting for South Carolina; little man was doing the Gator chomp!

Even though we were sharing food and the moment together a competitive vibe fell upon us. My wife would have hated it!

As the Gators controlled the game my son got cocky. He kept telling me that his team was going to win! He forgot that it’s not over until the horn blows, especially in college ball!

I saw him get upset as the Gamecock’s made their comeback and secured the win! I had to do what a dad has to do and let him know that his team just caught a major L!

The fact that the game isn’t over until the horn blows is probably the biggest lesson of the day that always needs to be reiterated. We all know that anything is possible but seldomly believe it, imagine what kids think!

As we left the arena my son held my hand and said “dad you won!” What he didn’t know was that I won way before that, he learned something without me having to push the lesson! The horn never blows on growth!

There’s Always A Team Leader, But It Always Takes A Team Effort 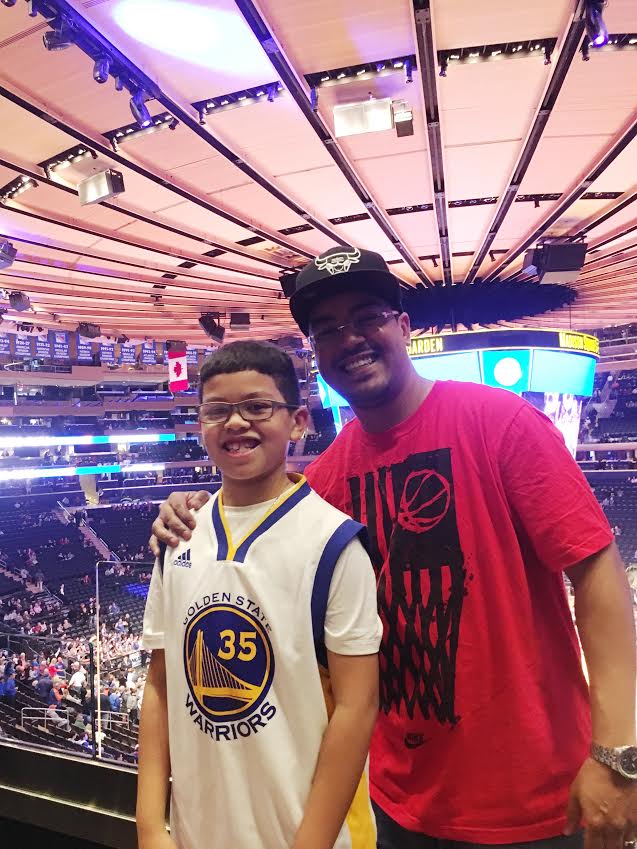 We watched South Carolina take out Duke and Baylor before the Elite 8 match up and while doing so we saw a new leader emerge! That leaders name is Sindarius Thornwell! You want to talk about #RealStrength that dude has it!

He is one of those special leaders; one that leads by example and is always under the radar. His game speaks volume but his leadership is underrated! Even during the toughest of times you could tell that he was still cool and super calm. He led his team to victory against 3 tough teams! Chances are they wouldn’t have done it without him, but he wouldn’t have done it without them either

It was a team effort!

We stayed to watch the Gamecocks cut the net and my son was surprised by it. He thought only one player was going to cut the net; he didn’t expect every single player and coach to be part of it.

This was the perfect time to reinforce the concept of team work. Could one player cut the net? Of course he could but that one player didn’t win the game by himself!

They won a tough Elite 8 match up together and should be able to celebrate the moment together. Even if it took them an extra 30 minutes to cut down the net, everyone was going to have their chance.

They came in as a team and would leave as a team. We might never know how good it feels to cut the net down but we will always remember that without the team, chances of winning are slim! #NeverForget a team needs a leader but a leader will always need a team to lead!

I got one item off my bucket list knocked off with my son and look forward to doing it more and more with my kids! Have you ever shared a bucket list conquest with your kids? Would love to hear about it!

Hit Me Up and Remember #FatherhoodIsLit If You Let It Be! 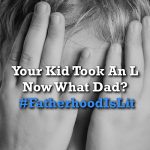 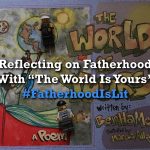