Get Paid: Kids Being Themselves with Julian Mitchell

Kids are getting paid to be themselves but how do we teach our kids that?

Growing up, you always heard parents telling their kids that its ok to be themselves. That they shouldn’t mimic or want to be like someone else.

However; its easier said than done especially in today’s world where so many people are posting their highlights instead of their come up. Heck, it wasn’t easy back then either when everyone wanted to be like Mike!

So how does a dope dad teach his kids that being themselves is the ultimate goal? Do we sit them in front of youtube and remind them that Ryan is making millions of dollars being himself and talking about toys or is there a better way?

There is a better way! I sat down with my homie Julian Mitchell of IQ-Labs Co and Get Paid To Be Yourself to find out how he is teaching his son these valuable lessons.

Get Paid To Be Yourself

Just like me, Julian believes in the power of being yourself to get paid and takes pride in teaching his son that very same thing.

In this copy-paste world, Julian has been able to keep himself paid by being himself and has helped others do the same. During our conversation, we reflected on how some of those lessons he picked up along the way can be taught to our kids.

Julian has interviewed 1000’s of superstars for huge publications like Forbes, Huffington Post, and many more. All of them have one thing in common, they built a business doing them! They built brands being themselves and got paid by doing so.

I wanted to pick Julian’s brain about some of those lessons and he didn’t hold back.

Being Yourself with Julian Mitchell

It’s up to us to remind our kids that being themselves is a blessing and that they can also get paid to be themselves. They don’t need to be like anyone else, not even dad, and with a little belief that can take them a long way.

Julian dropped gems on how we can help our kids be themselves, get paid while doing so, the powers of having real conversations with our kids and so much more.

Listen to Episode 42 below or on all major platforms like APPLE, SPOTIFY, and STITCHER to find out how Dads like us benefit from this craziness. 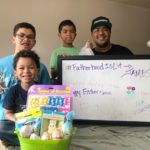 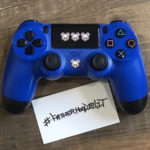