Admitting When You Are Wrong

I messed up and as a dad, I’m never too cool to admit when I am wrong.

A while back, I put up a post on Instagram that I thought was funny because it reminded me of something my oldest used to do when he was younger.

This was the picture.

Tons of dads tag me on this photo with comments such as, “my youngest gets pee all over his pants,” and many more. It was time to share it with the community.

It was a harmless post in my eyes because I too had to deal with teaching my 3 sons how not to use the urinal. Ask any dad with boys and he will tell you this is a big deal, especially with toddlers.

They drop their pants to the ground to pee and run the risk of getting pee all over their pants. Guess whose car is going to be stinking!!!!!

However the picture lacked context and considering the climate we live in now, it could be seen as a negative post. That’s where I messed up, I didn’t add enough context to it and due to that, 3 parents called me out on it.

Instead of arguing my point, I took the L like I always teach my son to do (read more about that HERE,) and apologized for it publicly on Instagram with the post below.

Even though I know I didn’t mean any harm, I could also understand where it could be seen differently. I was wrong for not adding context but I would be even more wrong if I didn’t admit it. I received tons of messages from dads telling me that I didn’t need to apologize and that they knew what I meant.

My character spoke volumes on a day where people who didn’t know what we were about could destroy us. Even though many said I didn’t have to say sorry, I needed to say it for myself.

I always tell people, we can’t teach our kids if we can’t see where we are right and where we are wrong ourselves. It’s not easy to admit when you are wrong, even when you don’t feel you did wrong, but it’s a must.

Always remember our kids will do as we do, they won’t always do what we say. Show them the way, talk about what’s right but also don’t forget to talk about when you are wrong. That’s how real gangsters, raise great kids!

Here is how one IG post made me think about admitting when we are wrong and why you should do the same.

Listen to it below, remember to subscribe and give us a 5 Star rating for the #FatherhoodIsLit Podcast on all major platforms like APPLE, SPOTIFY, and STITCHER! 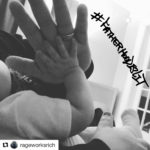 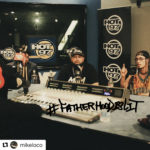